Recently Satch and I had the opportunity to be part of a discussion about the lives and art of Edward and Brett Weston at Marty Krause’s (Curator of Prints, Drawings and Photographs) print group at the Indianapolis Museum of Art.  We shared photographs by Edward and Brett from the IMA’s collection and private collections.  Marty led a spirited discussion for the group and Lamar Richcreek and I added to the conversation based upon our knowledge and collections.

For the presentation, I prepared a series of notes about the life of Brett Weston that I am sharing here along with one of my favorite photographs by Brett that uses the literal to become an abstract photograph. 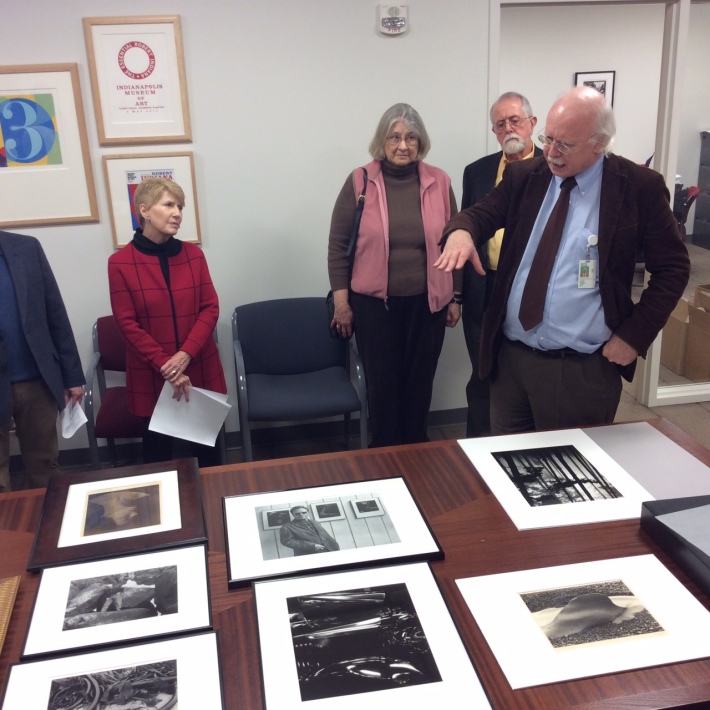 Brett – Born in Los Angeles in 1911, the second of four children of Edward Weston and Flora Chandler.

In 1925 Brett gets involved in photography. At the age of fourteen, Edward removed Brett from school and took him to Mexico. Surrounded by exceptional artists and his father’s work, he began photographing with a 31/4″x4 1/4″ Graflex that his father had given him. Edward was taken with his work, said, “He is doing better work at fourteen than I did at thirty.

Most photographs from this era are printed on platinum and palladium papers. Brett migrated from that to glossy bromide paper which yielded more contrast and a tonal range from black to white. Edward and Brett used amidol developer which turned their fingernails black.

In 1926 Edward and Brett moved back to California and enlisted Brett’s assistance in opening a portrait studio. Brett’s first exhibit was when Edward included twenty of Brett’s photographs in his exhibition at the University of California. Brett’s first one man show was in 1928 and he was included in an international exhibition, Film and Foto in Stuttgart, Germany in 1929.

Already, Brett was seeing subject matter that he would always be a part of his style. Edward gave Brett his first 4″x5″ camera, a Graflex. In 1930 Brett would receive an 8″x10″ from his mother.

Now separated from his wife, Edward moved to Carmel and lived with Brett and they began to photograph at Point Lobos.

Brett and Edward appreciated each other’s work, and Edward even stated that Brett influenced him. In 1930, Brett set out on his own.

In 1932 Brett had his first one man exhibition at the M. H. De Young Memorial Museum in San Francisco, and Brett was invited to show at the f/64 exhibition at the same museum. f/64 was a group founded by Ansel Adams and Willard Van Dyke to promote straight, sharply focused photography, in protest of pictorial photography.

Brett also created very fine wood abstract sculpture. For a time, he was employed by the Public Works of Art Project. If he had not been the son of a photographer, possibly Brett could have been an artist of another medium, but photography always came first.
During the Great Depression, Brett was a supervisor of the photographic section of the Federal Arts Project.

From 1943 to 1946, Brett served in the army. Training for World War II was difficult for him. Toward the close of the war, he was assigned to the Signal Corps where his commanding officer was the photographer, Arthur Rothstein, a well known photographer from the Farm Security Administration’s photography project. Rothstein assigned Brett to photograph New York City, where, in his spare time Brett making creative photographs. In 1945, Brett was ordered to El Paso, Texas and while in the area, he began making photographs of White Sands, New Mexico. After discharge, he was awarded a post service Guggenheim Fellowship and he continued to photograph at White Sands which related in a published portfolio.

But, the 1950s were a challenging time for the Weston family as Edward developed Parkinson’s disease. Brett dedicated his time to ensure his fathers legacy with a series of printing projects.

In 1952, Brett helped Edward produce his fiftieth anniversary portfolio which consisted of twelve photographs in an edition of 100.

After that, a group of anonymous friends funded a huge print project. Approximately eight- hundred negatives were chosen and eight prints of each negative were made by Brett. At this point, Brett dedicated all of his time to this project. Edward signed each print with his initials, EW.

Edward passed away on. New Year’s Day, 1958 at his home on Wildcat Hill, just above Point Lobos.

In 1960, Brett built a house in Carmel Highlands, which was his base of operation for many years. from there he travelled to Europe five times, innumerable trips to the the Pacific Northwest, a Baja, California, Japan and Alaska.

For many years, Brett’s main camera was the 8″x10,” and occasionally an 11″x14.” However, in the middle 1960s, he began to use a 2 1/4″x2 1/4″ twin reflex camera. He found that he was able to make enlargements sharp enough to meet his standards. Brett was known for his attitude of not compromising. The twin reflex gave him the ability to take photographs that would have been impossible, and it helped him work faster and not tire as easily.

In the 1970s and 1980s, Brett continued to hone his vision and make photographs of an expressive nature that combined abstraction and the literal in a way that had not been previously accomplished. His attention to the detail of huge fine print was impeccable.
A series of underwater nudes, made by the use of a tank made especially for making these photographs, was a major project that Brett undertook in the late 1970s and early 1980s.

In 1980, Brett moved to Hawaii, eventually built two houses and would photograph while traveling between them. His photography became softer and more sympathetic. His subject matter became more organic consisting of the natural flora and landscape of the island. Brett would print early in the morning so the phone wouldn’t ring, it would be dark outside and he could open the windows and breathe in the cool air. He would listen to music in the darkroom, most often Bach. When asked, why Bach, Brett replied, “because Bach never lets me down.”

On his eightieth birthday, Brett burned seventy-five of his favorite negatives and chemically destroyed all but twenty-four. Twelve were were placed at the Center for Creative Photography in Tucson and twelve were given to his brother Cole, but these negatives were scratched so they never could be printed. To explain this, Brett had this to say: “No one can print another photographer’s negatives,” he said in his 1980 monograph, Brett Weston: Photographs from Five Decades.  “It’s just too personal. There are infinite choices to make. It’s partly a matter of mood. You have to work with enthusiasm. When I’m back from the field, I like to hit the darkroom that night and print the next morning. The continuation of the flow of excitement is very important, and I’m always excited in the darkroom. Hell, I can’t work on my old prints anymore. There’s no enthusiasm unless I can find a way to make a better print.”

The dispensation of Brett’s archive was a contentious situation, to say the least. There were concerns a about market value of prints, publishing rights and how his archive was to be kept, or sold. The matter became an issue when Brett’s daughter, Erica, decided that she wanted money instead of Brett’s prints, so selling the archive became a major issue.

All of this is explained in this news article.

In 1996, Christian Keesee acquired the archive from the Brett Weston estate. 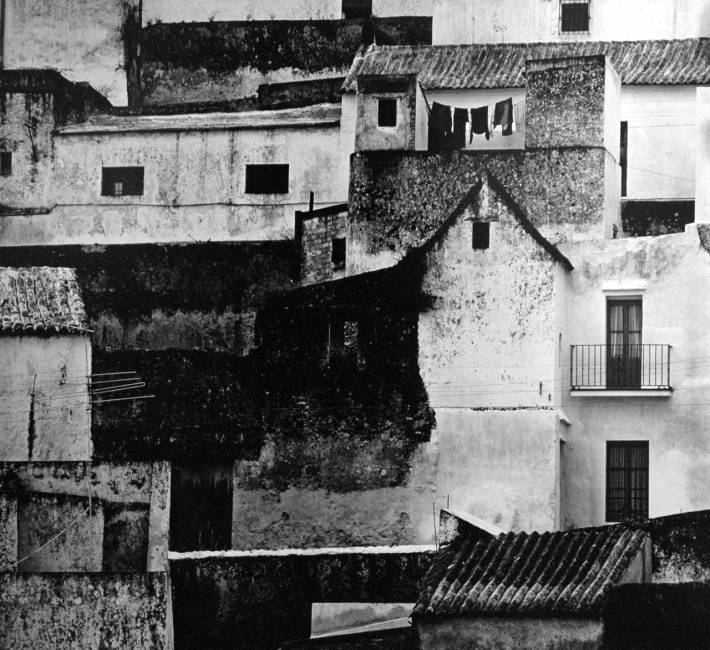 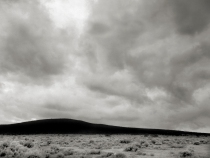 Two of My Photographs, Now Part of a Museum Collection.

The two photographs below are now a part of the collection of the Midwest Museum of American Art.  Recently, the pieces were reviewed and accepted into their collection. The photographs were donated to the museum by Dr. Steven Conant of

Two of My Photographs, Now Part of a Museum Collection.

The two photographs below are now a part of the collection of the Midwest Museum of American Art.  Recently, the pieces were reviewed and accepted into their collection. The photographs were donated to the museum by Dr. Steven Conant of